Israeli born Dvir Cohen Hoshen and Omri Sachs’s Adam America Real Estate Group have released the first renderings of their brand new rental apartment building in Brooklyn, which was designed by Aufgang Architects. The builders have received their first permits to begin work on the building’s foundation, according to a report first made in New York Yimby. 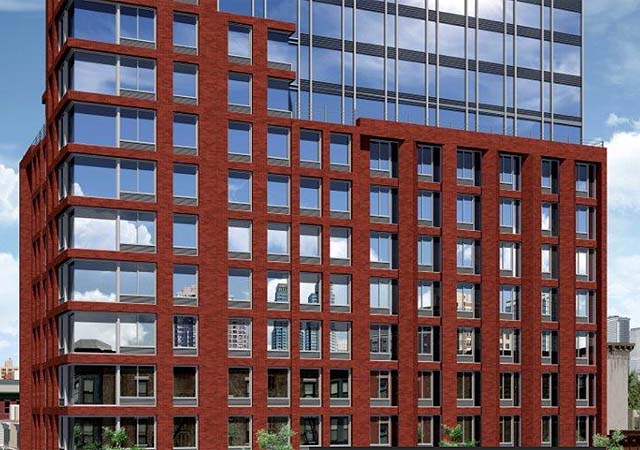 Just looking at the pictures that were released says it all. The façade will covered in red bricks and large windows, with a white brick trim around the ground floor. The floors become thinner at the front side starting at the eight story, at which points the red bricks give way to taller windows. The corner apartments on the building’s right side facing the street will have full windows that go around the corner instead of terraces.

The red bricks fit in with the style that currently characterized the area and, as has been noted, its height also fits in with the immediate skyline so it will not stand out. In fact, this style is representative of many of the apartment complexes found throughout New York City.

Located at 470 4th Avenue between 10th and 11th streets, on the border between the Gowanus and Park Slope neighborhoods in Brooklyn, the 12 story, 84,454 square-foot building will now be less angular than it was before. The residents of its 105 units will have access to a 36 spot parking garage which will also have room for up to 53 bicycles. There will also be a gym, storage space for the residents, a community area and retail space on the ground floor.

There will also be a roof deck, a party area and a garden.

The previous building on the site has already been demolished and the new one is expected to be ready for tenants at the beginning of 2016.

Park Slope, Brooklyn, is a family friendly area and was voted New York City’s No. 1 neighborhood by New York magazine.